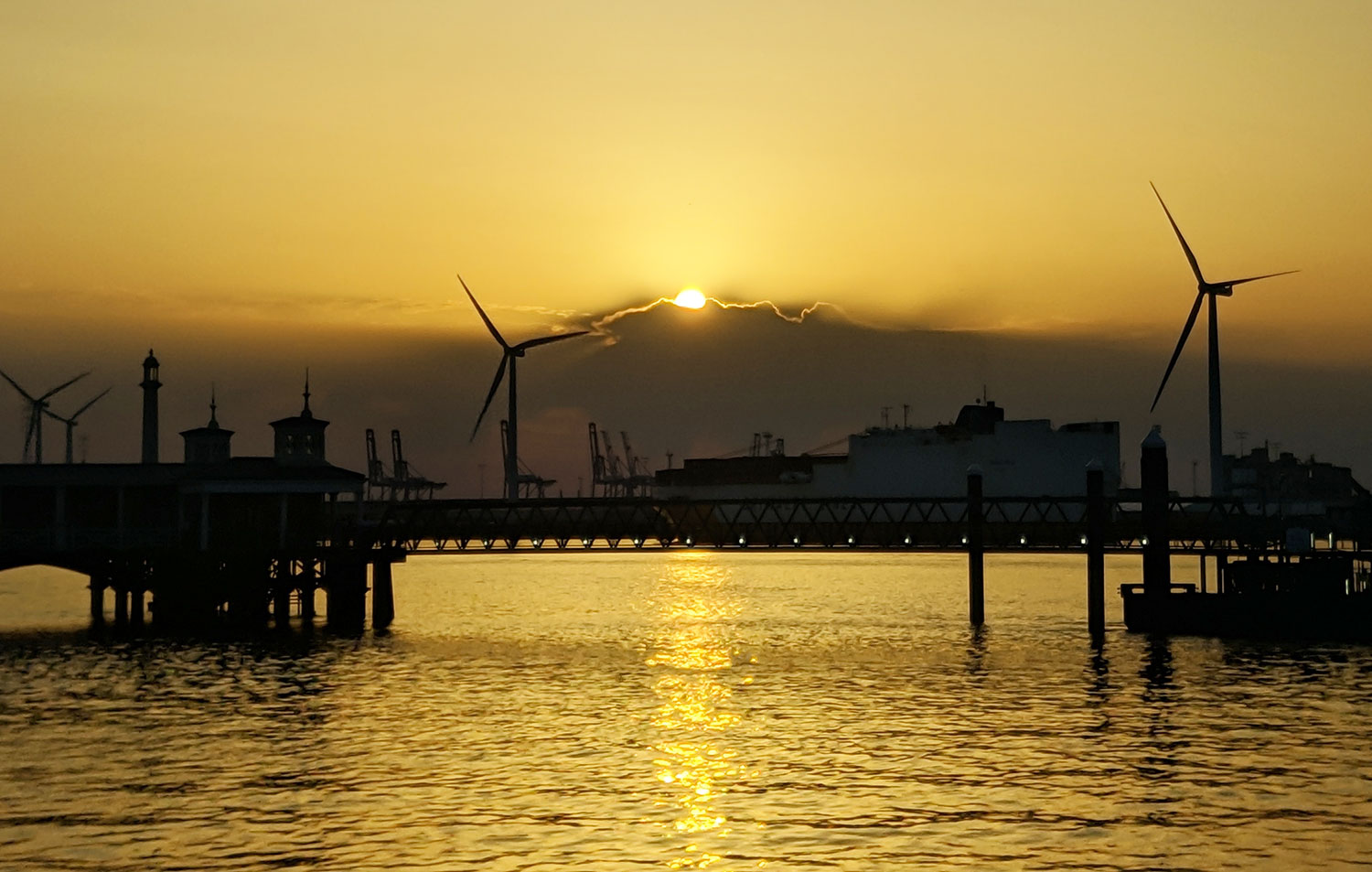 Posted in Nearby Places

The bustling town of Gravesend is a day-trip destination for visitors. The borough of Gravesham offers the riverside, rural countryside, picturesque villages, and a full calendar of events. There are also excellent links to Europe from Ebbsfleet. Come visit Gravesend!

Here at Beechfield Cottages we provide high quality self contained cottage style accommodation in Gravesend , so if you are working locally, planning a short break, or visiting family or friends in the area, then we have the perfect Gravesend accommodation for you.

Gravesend is a town on the bank of the River Thames. It was at Gravesend that Pocahontas died on her way back to America in 1617. She was buried at the parish church of St George in Gravesend, although the exact burial location is unknown, a statue commemorating her, stands in the churchyard.

Gravesend, Kent was mentioned in the Domesday Book of 1086 when it was in the hands of Bishop Odo of Bayeux, half-brother of William the Conqueror. Gravesend’s location near Watling Street and the Thames Estuary made it an ideal commercial settlement for a variety of manufacturing industries.

Gravesend has been holding its market since 1268, making it one of the oldest in England! The town was incorporated in 1268 when the first mayor was elected, but oddly enough they didn’t get a town hall until 1574. The Elizabethan town hall, which has been altered many times over the years, still lives on as a place for public and private events

The bustling town of Gravesend is a day-trip destination for visitors. The borough of Gravesham offers the riverside, rural countryside, picturesque villages, and a full calendar of events. There are also excellent links to Europe from Ebbsfleet. Come visit Gravesend!

Also you should discover the picturesque villages near Gravesend in Kent. With their literary and historic connections, beautiful parks and countryside, and traditional British pubs, there is plenty to do during your stay.

Chalk Village near Gravesend is home to historic connections, most notably the cottage in Dickens’ Great Expectations. The Old Forge on the corner of Forge Lane is believed to be the inspiration for Joe Gargery’s cottage in Great Expectations. The village was also the chosen destination for Dickens’ honeymoon with his new wife Catherine Hogarth, it is believed that he stayed in ‘Craddocks Cottage’, also nicknamed the ‘Honeymoon Cottage’.

The church of St. Mary the Virgin in Chalk is a beautiful representation of history, with features dating back to the 11th century and the font from Norman times. The first bell was hung in 1348, and it’s been a landmark navigation point for sailors on the Thames ever since.

Cobham Village near Gravesend is surrounded by open fields, woodland and orchards, this village is perfect for combining a visit with Jeskyns’ Community Woodland and Greenspace, Shorne Woods Country Park, Cobham Park or Cobham Hall.

Charles Dickens, England’s renowned author, would delight himself in Cobham and its environs as he loved to walk from his home at Gad’s Hill, Higham through Cobham Park to work on the story lines of his novels. The Leather Bottle Inn was immortalised in The Pickwick Papers and was much frequented by the great author himself. Today the pub retains much historic memorabilla from the period.

The village of Cobham is known for its great house, Cobham Hall, set within the 50 acres of grounds of Cobham Park, which are laid out by the famous landscape architect Sir Humphry Repton. With harmonizing buildings and internationally important Darnley Mausoleum within its grounds. The Hall, boasting the workmanship of James Wyatt, Inigo Jones and the Adams brothers is now open to the public during Easter and Summer holidays.

The church of St. Mary Magdalene is one of the oldest churches in Kent, with a collection of marble statues dating from the 1300s. It features some of the finest brasses in the world and is also home to 16th century Cobham College, with picturesque almshouses that preserve the original foundations of what was once a college for priests founded by Sir John de Cobham in 1362. I was later dissolved by King Henry VIII.

There are also a number of National Trust properties located in the parish of Cobham.

Owletts, a fine example of building from the 17th century that was used as a residence for Bonham Hayes and his family.

The Yeoman’s House in Sole Street, a fifteenth century timber-framed hall house, which was restored by Edwardian architect Sir Herbert Baker. This property was Baker’s residence in the early years of the 20th century.

The Darnley Mausoleum, on William’s Hill, the highest point of a ridge in the North Downs in the medieval deer park of Cobham Hall. At the time of its building, it would have commanded spectacular views across the Darnley estate, coveted for centuries by generations of Darnleys. At the time it extended to some 4,000 hectares (10,000 acres). It is one of the most important Georgian buildings in Britain. It was built for the 3rd Earl of Darnley, who had left detailed instructions in his will for the construction of a mausoleum in Cobham Park where he and his descendants could be laid to rest in an appropriately grand manner. In 1782 the celebrated architect James Wyatt designed the original Memorial. It wasn’t completed until 1786 when construction costs had reached over £9,000.

The Dickensian area of Kent is full of historical gems with links to famous author Charles Dickens. Dickens lived in Gad’s Hill Place from 1856 until his death in 1870. Many of his novels, including Great Expectations, one of his last novels, are set in the district.

Gravesend Road in Higham was a notorious stretch of road for highway robbers in the 16th to 18th centuries. It was one of the most dreaded stretches of road in the country.

Legend says that Swift Nick Nevison robbed a man on Gad’s Hill in the early hours and then rode hell for leather to reach the city of York in time to show himself on the bowling green at 8pm the same day. This established an alibi which secured his acquittal.

Luddesdown near Gravesend with its intricate network of public footpaths and bridleways, Luddesdown is a great place to explore. You’ll find secluded hills, valleys, and woods to explore as well as open fields.

Meopham Village near Gravesend has the quintessential village green, you can see Meopham Windmill. This windmill overlooks the Cricketers’ Inn and the Kings Arms – both recently refurbished – which are famously known for being places King Charles I stayed during the Civil War.

The village of Meopham also has a rich history. Simon de Meopham, who was archbishop of Canterbury, lived here in the 13th century. The Tradescants, who were famous for their contribution to horticulture and the collecting of specimen trees and plants from across the world, also lived here.

Camer Park was once a country estate and is now open to the public year-round. St John Church in Meopham and St Mildred’s in Nurstead are also worth a visit. Occasionally, Nurstead Court is open for public events.

Shorne Village near Gravesend. Sitting on the higher ground of Shorne, the Rose and Crown Public House offers an elevated view of the Thames Valley to Essex and to London. Also the beautiful 13th century church, St Peter and St Paul, is a must-see for all visitors.

Shorne Wood Country Park is Kent’s most popular park and can be found south of the village of Shorne. Whether you’re looking for a beautiful walk or just a place to picnic, this park has it all!

Visiting the Visitor Centre is a great way to start your country adventure. Here, you can enjoy our cafe or shop, and get connected with the countryside around Cobham Park and Jeskyns Community Woodland and Greenspace.

Vigo is a village near Gravesend which is located at the southern end, amid beautiful and extensive wooded countryside. It’s situated within the Area of Outstanding Natural Beauty on the top of the North Downs, 650ft above sea level, making it the highest part of Gravesham. Trosley Country Park is a wonderful outdoor activity for families.

About The Stephen White